The Noise of Resistance Deafens The Music of Readiness

Recently I read Susan Cain’s book, Quiet: The Power of Introverts in a World that Can’t Stop Talking. One of the things that struck me was the similarity between society’s bias toward extroversion and beliefs about resistance to change. Before I share the similarities, it’s helpful to understand what differentiates an extrovert from an introvert.

The Extrovert Versus The Introvert

An extroverted person gets their energy from the outside. They prefer action to contemplation, tend to think out loud, solve problems through discussion, and make decisions faster. Being with other people recharges their energy.[2]

Introverts, on the other hand, get their energy from the inside. They may have strong social skills, but they recharge through reflection and spending time alone[3]. They tend to talk less, contemplate more, solve problems internally, and rarely make decisions quickly.

These differences affect how a person works, their interactions with other people, and the type and level of stimulation they need. Susan Cain states, “We are told that to be great is to be bold, to be happy is to be sociable. We see ourselves as a nation of extroverts.” She notes that society has a bias toward the Extroverted Ideal. And this bias doesn’t consistently deliver the desired result and has unwanted consequences.

For example, there is a perception that talkers are more intelligent than quiet people. Yet, there is no empirical evidence to support the perception. Things such as grade point average, intelligence tests and even SAT scores show no difference between extroverts and introverts.[4]

Other research found we tend to view people who talk fast as more appealing, creative and better problem solvers than slow talkers. According to Susan Cain, this would be fine if more talking correlated to more insights, but it doesn’t. Research consistently demonstrates that the people who speak more and faster don’t have any better ideas than people who talk less.

But the result of these perceptions is; we overlook, undervalue, and dismiss a whole group of people’s voices and ideas.

Resistance as the Prevailing Belief

I see a similar phenomenon between society’s bias toward extroversion and resistance to change. It’s not that extroverts are resistant to change. It’s that there is a generally accepted and mostly unchallenged belief that people resist change.

Yet, the amount of change we (humans) have initiated and enabled doesn’t support the belief that people resist change. If people resisted change, then it would be rare, and it is not.

This bias toward resistance to change, like our bias toward extroversion, means we miss out and ignore the quieter sounds and signals of readiness. Readiness is the most potent predictor of change success.

In the Living and Leading Change Leader’s Certificate of Change Management Course, we teach leaders how to hear, recognize and pay attention to the phases of readiness. Readiness is not just the absence of resistance. It is our willingness, capability,  and commitment to move toward something new or different. 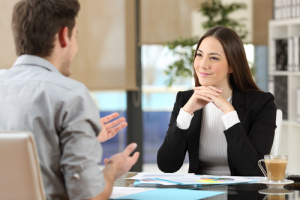 After listening to a series of interactions, participants are always surprised because what they would have called resistance to change is readiness. It’s just a different level of readiness than they have. The participants discover that when they approach change with a resistance mindset, normal human reactions, such as questioning the change’s validity, raising concerns and voicing disagreement, are interpreted and labelled as resistance.

If extroverts tend to talk first, engage in group interactions, and think out loud, then “resistance” becomes the noisy uncle (or aunt) in the room—drawing attention and resources away from the potential to build and create readiness. Thus perpetuating the misperception people resist change and creating a barrier for moving forward.

The Quiet Rhythm of Readiness