Launch Less Change And Get A Higher Return on Your Investment

Slow Down to Speed Up Your Pace of Change

As my colleague and I were setting a meeting date, almost simultaneously, we said, “Wow another week gone.” Are you feeling the pressure of so much to do and so little time? It’s a common theme I hear from many leaders. I feel it myself.

What do you do when you feel this type of pressure? Do you set more goals, and start more changes in effort to get more things done? That’s what I see many leaders doing. Ironically, the more changes they start the less change occurs in their organization.

There is a better way.

In our effort to get everything done we may be limiting our ability to get anything done.

There seems to be a natural tendency to speed up and try to do more when we feel time is short. We set more goals, and then launch more initiatives to meet the goals. We pile more and more activity on our plate in an effort to outrun the day, month, year etc. But, instead of getting more done, we get less done.

I see the same thing with organizational change. Some organizations are attempting to implement as many as 30-50 changes at the same time. The problem is not just the number of changes. It is also that every change has to occur while you continue to run the daily operation of your business.
To put the impact of all this change into context think about driving your car down the highway at 100 km/hr. Implementing one change is like trying to get dressed while still driving your car (safely) on the the highway at 100 km/hr. Add a second change, and that’s like trying to get dressed and brush your teeth and safely drive your car at 100 km/hour on the highway. Add a third change and its like…well, you get the picture. 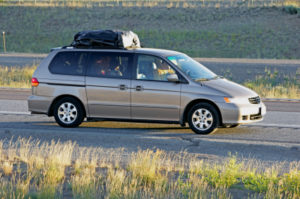 Faced with so many priorities each one as important as the other and not being able to pull over, what do you do? It’s most likely you default to ensuring your car stays safely on the road.

This scenario sounds a little farfetched. But it’s similar to what’s happening with change in many organizations. Leaders launch one change initiative after another. Each new initiative is as important as the last. Managers and employees are expected to implement the changes and maintain the daily operation.

The problem with this type of scenario is two fold.

Change that isn’t sustained is not real change. Incomplete or change that doesn’t stick hurts your organization. One report found organizations were losing about .65 cents on every dollar they spent when change was poorly managed.

The key to using change as a competitive advantage is to launch less change initiatives not more.

The authors of “The 4 Disciplines of Execution” write that our ability to achieve any one goal goes down as the number of goals goes up. After three goals you start going backwards. After four goals your ability to meet any one of your goals is unlikely.

It’s similar with organizational change. Leaders who push for less change are more likely to be successful than leaders who initiate many changes.

The challenge becomes how to identify the 2-3 critical changes your organization needs to adopt to improve performance, growth, and your bottom line.

Triage to Get A Return on Investment

One of the things I learned in healthcare was the value of triaging. Anyone who has been to an emergency room is probably familiar with triaging. It’s the process used when you arrive at the emergency to assess the severity of your illness or injury. It determines the priority in which you will be seen. The most critical and severely ill patients are seen first.

The same process can be applied to your organizational change efforts. I know some of you are thinking, “but they are all important.”

True, every goal and thus change you want to make is important to your organization. But just like in a busy emergency room there are some changes that are more critical than others. The key is to identify and focus on your critical first.

Editors Note: Learn how to prioritize change and get the greatest return on your investment with our  Executive Change Leader’s Course Online!

It gives you a picture of what’s actually happening. Every time I work with a client to complete a change map they are surprised by the result. The executives of one organization were surprised to discover a change initiative they believed had long been completed was floundering at the mid-level of the organization. Managers were struggling and the change had stalled. They also realized that many of the changes currently being launched wouldn’t be needed if the stalled change was successfully adopted.

Once you have a clear picture of your current change initiatives, you can begin to prioritize.

An interesting phenomenon occurs when an organization identifies and focuses on their critical changes. Leaders discover that by focusing on the critical change some of the other smaller changes happen almost organically. People adopt these changes naturally in the process of adopting the behaviours and activities related to the critical change.  Therefore you need to launch and manage fewer change initiatives, but more change occurs.

Creating a change map, identifying and focusing only on your critical changes will take effort and time. To find that time you will need to slow down the pace of change in your organization. In our current culture of speed, slowing down is often viewed as weak. Speed in decision-making is equated with a stronger more nimble organization. That’s not always true. Amy Cuddy the author of Presence says slowing down has its benefits. 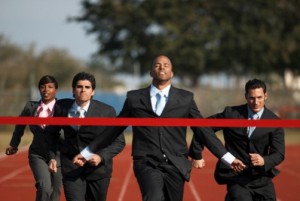 Slowing down doesn’t mean getting bogged down with bureaucracy or paralysis by analysis. Dr. Cuddy describes slowing down as a power move. It’s taking the time to reflect instead of immediately reacting. In the context of the changes, your organization needs to make it’s about slowing down long enough to ensure current changes are adopted before launching another.

Slowing down allows time for systems thinking, less reacting and more responding. It results in better decisions. I call this “taking a pause for the cause.” In contrast to the fire fighting approach which leads to a patchwork of incomplete solutions. Thus the problems continue to manifest. You continue to spend time, money, and energy only to maintain your status quo.

Slowing down the pace of change, applying holistic thinking to focus on those changes that are mission/vision critical ensures they are fully adopted before moving to the next. Ironically this type of approach speeds up your rate of change. It sets both current and future changes up for success.

Helping you turn change from a liability to an asset.