Is it possible to over communicate during change?

I believe it is almost impossible to over communicate during change.

In a previous change she had seen the consequences of giving too little information. Therefore when it came time for the next change she did not want to make the same mistake, so she communicated everything. However instead of making the change easier, it appeared to increase her employees’ anxiety, and her frustration. She concluded the problem was over communication.

Three things to remember when communicating  during change

Helping you succeed through change.
Dawn-Marie 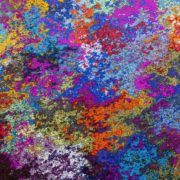 Organizational Change: Seeing Through the Disorder to Achieve a New Order

“This was an excellent course. A new perspective for me to go forward as change will always be there.”

Coaching sessions helped to keep the change leadership training from the Executive Change Leader Course top of mind and really helped to enforce it. Had we just had the training it would not have been as impactful.

I’ve gained a broader perspective on the moving aspects in the change management process. A change recipent centric approach will enable other future succeses

I’ve gained a broader perspective on the moving aspects in the change management process. A change recipient centric approach will enable our future success

The [Change Leader’s Certificate Program]  provided tools which I was able to use before going through the whole course. It allows me to be more effective for my clients

Dawn Marie has helped our department with a culture change in which we can become a change ready organization.

Without this tool, we may have taken action in the wrong areas and we most certainly wouldn’t have considered the importance of keeping the green areas of the charts green.

It took me a bit to understand the content of the workshop. Maybe it would be helpful if it was called “Tools to Implement Change in an Effective Way.”

Resistance to change can be prevented when people have the knowledge and skills to enable change readiness.

Join Our Community, Become a Member

Change Management is not Training Supersized

The Messenger Matters When Communicating Change
Scroll to top