“I like change, but the people that work for me don’t”, that was comment a CEO recently made to me when we were talking about organizational change.  I have heard this comment or similar “people hate change”.   I understand why some leaders think their employees dislike change. Although most of us dislike the discomfort associated with change, I don’t believe the problem is that leaders fundamentally like change and employees don’t. I believe the reason it appears employees dislike change is because they are often not ready, and are excluded from its implementation. Involvement is key to increasing your employees’ readiness for change.

Employees don’t dislike change; they dislike having change done to them

I notice a dramatic shift in the conversation when employees stop talking about change generally and start talking about specific organizational changes. I will  hear employees (including leaders) say things like; “I don’t understand this change”, or “this change doesn’t make any sense, or “I don’t know where they came up with this brilliant idea” and eventually I will hear someone say, “people hate change”.  You can easily interpret these comments to mean your employees don’t like change.  However, that would be a mistake and you would be ignoring the real problem.

Involvement is an essential element for sustainable change

Several months ago I was talking with an employee who was trying to cope with a significant organizational transformation. He was angry, frustrated, tired and quite obviously not working to move the change forward. I would not have been a surprised if his manager had labeled him “resistant”.

When I asked him if he was opposed to the changes the organization was trying to make, he stated a categorical NO. On the contrary, he thought the changes made sense and were needed. The reason for his opposition was the way his organization was implementing the changes. From his perspective the employees most affected were being ignored, and the changes were being pushed through without any regard for the customer, employees, or the current operational realities.

Avoiding this problem and increasing your organizations’ change capacity requires you to actively involve  the people most affected (the change-recipients). Stephen Covey said, “no involvement, no commitment”.

Here are three things that you can do to increase employee involvement in your change initiatives:

What having a teenager taught me about change 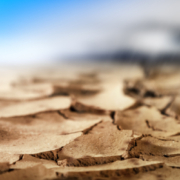 3 Truths to Break the Cycle of Toxic Change 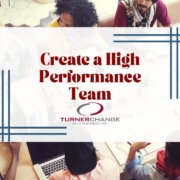 How to Rapidly Transform a Group to a High-Performance Team

Want To Be More Change Ready? Avoid Labeling Change As Good or Bad 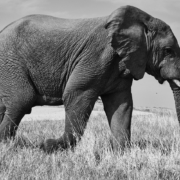 Want To Be More Change Ready? Avoid Labeling Change As Good or Bad

When it comes to communicating your message: Once is never enough
Scroll to top