What a Smoker Taught Me About Collateral Change

Before I worked in change management officially, I helped people adopt healthier lifestyles and quit smoking. It was through that work that I discovered the opportunity and value of collateral change.

She was upset when she called and needed some advice. Her husband was not following his diet or making any of the other changes the doctor had told him needed to make. She was scared because the doctor had told them he would likely have another heart attack if he didn’t stick to the diet and make the lifestyle changes.

Through our conversation, I discovered his doctor had told him he needed to:

It wasn’t that the husband didn’t want to make the changes. He did. He understood the risk. It was just that with so many changes and no clear direction as to how to make them, he was overwhelmed, grouchy, and hungry (his wife wasn’t allowing him any meat or starchy carbs for three weeks). So, naturally he had fallen back into his old habits. 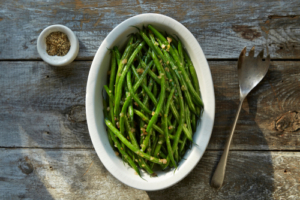 After some more conversation, he committed to making one change with the desired outcome of reducing his risk for another heart attack. He decided to tackle his smoking because it posed the most significant threat and would have the biggest impact on meeting his desired outcome and overall health. He set the intention to become a non-smoker.

That’s when I discovered the opportunity and value of collateral change.

The Value of Collateral Change

Collateral change is the ability to achieve other strategic or desired new behaviours without consciously adding new change initiatives or projects. That’s what happened with the husband. He focused his energy and created a plan to become a non-smoker.

In becoming a non-smoker, he hit the other targets set out by his doctor.  His diet improved, his stress level decreased, and he exercised more. Yet, he did not consciously initiate any new lifestyle changes. As a result, he did not feel overwhelmed or stressed with the additional changes.

He decided that the best way to manage his cravings for a cigarette was to step outside and take some deep breaths. The deep breaths helped him manage his stress. Then stepping outside became going for a short walk. And because he wasn’t smoking, food began to taste better. Some foods he previously enjoyed became too salty or too sweet, and he began making different choices.

The ability to recognize and use the opportunity for collateral change in your organization will help you achieve multiple outcomes with fewer change initiatives. You can also reduce the risk of change fatigue and employee burnout.

Opportunities for creating collateral change in an organization can happen the same way. When looking for opportunities I help leaders in four key areas to get started:

Focusing on these four areas, it’s possible to reduce the number of change initiatives while enabling the changes needed to meet your strategic goals. You and your employees feel the excitement of achieving some quick wins and you can integrate changes that have stalled. You also help reduce employee burn out and stress.

Enabling and using collateral change doesn’t mean further bombarding your employees with more change initiatives. Nor does it mean setting expectations for multiple changes without creating the time and space needed to navigate the Whitespace.

You can, like the man who transformed his whole lifestyle and reduced his risk of another heart attack with one change initiative, transform your organization with less change. When you discover how to create collateral change you can prevent change fatigue and employee burn out. It starts with recognizing the interconnections, using a holistic systems approach and a Readiness Mindset.