How to Manage Multiple Changes Without Burnout

Are you struggling under the weight of constant change? Do your employees feel burnout from change fatigue?

Stop blaming yourself. Organizational change is challenging under the best of circumstances. Throw in the events of the past year, the pressure to be constantly changing, and the uncertainty of the current environment, it’s not surprising you are struggling.

In addition to all the changes your organization needs to make, you also need to maintain your daily operation. There are customers and clients to serve, products to be developed, and the organization to support.

I don’t know any organization that has the luxury of implementing one change initiative at a time. But, I do know it is possible to lead and enable multiple changes without change fatigue burning out your employees.

The Cycle of Change Fatigue

When we bought our house in Winnipeg, it needed work. My husband assured me the renovations were just cosmetic, and we could do most of it ourselves. I interpreted cosmetic changes to mean quick, inexpensive, and easy. Although some of the changes were quick and relatively inexpensive, most were not. There were also so many it was difficult to know where to start. 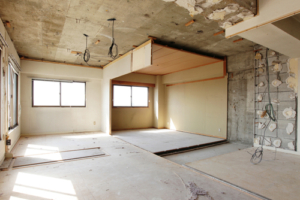 Some were critical, like the stairs to our second floor which we discovered were held together with one nail. Others were important, like removing the stained carpeting that went up the side of the tub in the master bath. And we had a few “quick wins” — chopping down twelve trees so we could see our daughter when she played in the backyard.

Excited and believing it all had to be done, we began. We were living in a state of constant renovation that was draining our energy, time, and enthusiasm faster than we could replenish them. Not to mention the hit our bank account was taking. Before long we were burned out suffering from renovation fatigue.

You go through the same feeling at work when you’re living in a state of constant change. Leaders and employees share stories with me that initially they were excited about the changes. They recognized the changes were needed. But, now they feel overwhelmed and exhausted with all the changes.

After 23 years it was time to sell the house, but our realtor said it needed more work.

A client we helped experienced similar. The leaders were overwhelmed with the changes. They needed a way to enable the changes without burning out the leaders and employees.

I helped them create a change map and they discovered a large disconnect. Changes executive leaders believed were completed, managers were struggling to implement and get the new activities to stick. Through the Change Map they could re-prioritize and focus on outcomes.

A Change Map helped them:

It takes a a fundamental shift in the way change is approached to enable multiple changes and create an organization capable of constant change without creating change fatigue.

I am hosting a Change Map Masterclass Wednesday, January 26 at 10:00 am pacific time. Space is limited and its invitation only. The session won’t be available via recording. If you would like to receive an invitation, fill out the form below and we’ll be in touch.